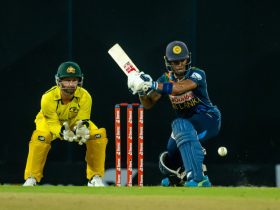 Australia and New Zealand will play against each other in the ICC Men’s T20 World Cup final. The match will be held today at the Dubai International Stadium. Australia have qualified for the final by beating Pakistan, one of the most favorite in this tournament. On the other side, New Zealand beat England by five wickets to go to the final.

Australia became the second in the Group 1 of the Super 12 round. They have won all the matches in their groups except England.

Anyway, Group 1 is the strongest in this tournament because the three teams had eight points each. Depending on the run rate, England and Australia have qualified for the semi-final. Australia, however, beat Pakistan in the semi-final to go to the final.

On the other hand, New Zealand also became the second in their respective group. After losing against Pakistan, New Zealand had won all of their remaining games at the group round. They faced England in the semi-final, where they won the match by five wickets.

Australia and New Zealand have played 14 matches against each other in the T20 format, whereas Australia have won 9 games. The Kiwis, however, won the rest five games. Both teams met only once in the T20 World Cup. New Zealand won that match. Today Australia will have a chance to equalize with the Black Caps.

New Zealand skipper Kane Williamson talked yesterday to the media ahead of the final match. He said,

It’s been important that we’ve tried to grow and learn throughout, and I think we’ve seen that a little bit, and tomorrow is another opportunity for that.

Aussie captain Aaron Finch also had a press conference yesterday. There he said,

We came here with a clear plan to try to win this tournament. We always felt as though we’ve got the depth of the squad and the quality in our squad to put ourselves in a position to do that.And New Zealand, they have been in every final for a long time now in ICC events. They are a great team overall in three formats of the game. They are a team that can never be underestimated. But maybe people on the outside do. Certainly inside, we don’t. They have got firepower, they have got experience, they have got class. The third and final T20 match of the series between ... The two-match test series between Pakistan and New Zealand started ...