There are hints that many star players will switch teams in this transfer window. Erling Haaland has already agreed to join Manchester City. The deal has already been done. In addition, Kylian Mbappe is also close to joining Real Madrid in the upcoming summer transfer window. However, today’s hot topic is about Manchester United’s right-back Aaron Wan Bissaka and Bayern’s forward Robert Lewandowski. Both players are on the verge of leaving their clubs.

Manchester will allow Bissaka to leave.

Anyway, Ten Hag has already talked with the team. He has also had a meeting with the board. After the meeting, the Man United board has decided to let Aaron Wan Bissaka leave if they get a fair bid.

Manchester United former manager Ole Gunner Solskjaer signed Aaron Wan Bissaka in 2019. He signed the right-back from Crystal Palace for £50m. Bissaka was a regular started in the era of Ole Gunner Solskjaer. But now, he is not the first choice for Ralf Rangnick, the interim manager of this club. Bissaka has featured only seven games for Man United this year. So, if a fair bid comes, the club will allow him to leave permanently.

While speaking to the Sky Sports Germany, Lewandowski said,

I can confirm that I spoke to Hasan [Salihamidzic, Bayern sporting director] and informed him that the decision was made – and that I am not extending my contract with FC Bayern. Both sides have to think about the future. It’s best if we find the best solution for both sides. 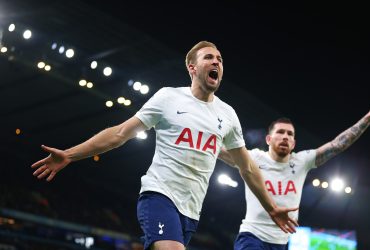 Chelsea have hijacked a deal from Arsenal. Arsenal were the ...