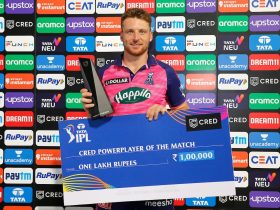 The Indian Premier League, IPL 2022, started last night. IPL is considered the biggest franchised cricket league in the world. All the best players on earth participate in this T20 cricket league. That makes the tournament more attractive. However, the IPL 2022 has started with the match between Chennai Super Kings and Kolkata Knight Riders. The KKR have sealed the victory in the opening match against the most successful club in this tournament, Chennai Super Kings.

The KKR’s captain Shreyash Iyer won the toss and decided to bowl first at the Wankhede Cricket Stadium. So, Rituraj Gaikwad and Devon Conway started the batting innings for the CSK. Both batters couldn’t get runs in the opening game of the IPL. Gaikwad lost his wicket in the third ball of the first over. He had to go back to the pavilion without scoring any runs. Devon Conway, the other opener, also failed to play a big innings. He departed in the 5th over as Umesh Yadav picked up his 2nd prey in this match.

On the 3rd wicket, Robin Uthappa tried to make a resistance with Ambati Rayudu. But they were not successful due to the aggressiveness of the KKR’s bowlers. Uthappa lost the wicket after scoring 28 runs, while Rayudu went back to the dressing room, scoring 17 runs for the team. But MS Dhoni, the captain of the CSK, played a very fruitful innings with Ravindra Jadeja. Dhoni remained not out in 50 runs. On the other hand, Jadeja was also not out, scoring 26 runs. So, Chennai Super Kings added 131 runs in 20 overs.

The two openers of Kolkata Knight Riders started their batting innings brilliantly. Ajinkya Rahane was a bit more aggressive than Venkatesh Iyer. He scored the highest 44 runs for Kolkata Knight Riders in this match. Unfortunately, Rahane missed the half-century only for six runs as Mitchel Santner picked up the wicket in the 12th over. However, he made a base for the KKR before losing his wicket. As a  result, the chasing became easier for the remaining batters of the KKR. They chased the runs within 19 overs and secured the victory. 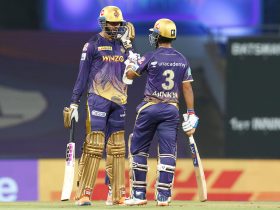 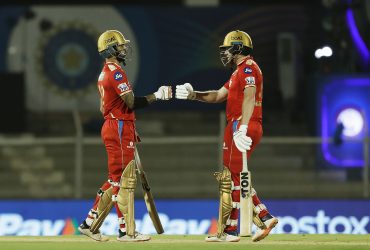 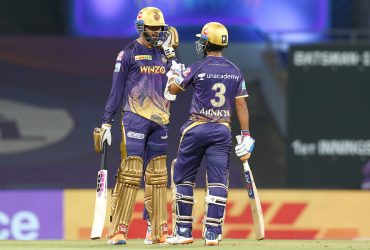