The quarterfinals of the Copa del Rey have been completed. Last night, Real Madrid played against Athletic Club, and Real Betis faced Real Sociedad. However, the Spanish giants Real Madrid got eliminated from this tournament. Athletic Club, who knocked out FC Barcelona, beat the Los Blancos last night. On the other side, Real Betis secured their place in the semifinals of the Copa del Rey.

Athletic Club have eliminated the La Liga table topper Real Madrid from the Copa del Rey. Last night, they beat the Los Blancos only by a single goal. Earlier, Athletic Club defeated FC Barcelona in the round of 16. As a result, they faced the Los Blancos in the quarter-final at San Mames Barrie, the home ground of the Athletic Club.

In this match, the Galacticos boss Carlo Ancelotti set up the team formation with 4-3-3. He gave some rest to Karim Benzema in this match. Instead of Benzema, Ancelotti started with Marco Asensio in the front. Vinicius Junior and Rodrygo also played in the front along with him. On the other side, the home team manager played his team in a 4-4-2 formation.

Real Madrid played a little bit slow from the beginning of the match. Though they had more possession on the ball, they could not create enough chances. Both teams did not find the net in the first half. So, the first part ended in a 0-0 tie.

Following the break, the home team began to dominate on the field. They took 15 shots in the entire game. There was a chance the match might go to extra time as neither team had scored before the end of the game.

But Athletic Club did not let it happen. They scored the only goal just before the full-time. The Spanish winger Alejandro Berenguer netted the ball in the 89th minute for the home team. As a result, Real Madrid went out of the competition, and Bilbao qualified for the semifinals.

Real Betis have secured their place in the semifinals of the Copa del Rey. Last night, they beat Real Sociedad at Reale Arena stadium. In this match, they scored four goals and conceded none. The Betis took the lead at the beginning of the game. Juanmi scored the first goal in the 12th minute. However, both teams couldn’t score more in the remaining minutes.

The visitors doubled their lead in the second half. Betis forward Juanmi netted again in the 57th minute. Moreover, Real Betis scored two more goals before the full-time. In the 83rd minute, Willian Jose successfully took a penalty kick. Four minutes later, the visitors scored again as Aitor Ruibal found the net in the 87th minute. Unfortunately, the home team failed to score in this match. 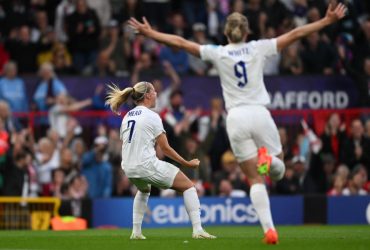