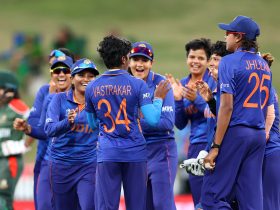 It was a surprising 2021 season in the National Football League’s AFC North.

After 10 weeks, it looked like the Baltimore Ravens might go to the Super Bowl, but instead, they collapsed, and the Cincinnati Bengals (WHAT?) represented the AFC in the Super Bowl for the first time in three decades.

Current FOX 29 NFL analyst Garry Cobb recently spoke to onlinecasino.ca to give his thoughts on how the AFC North could play out in 2022.

Will it be the Bengals, Browns, or Ravens (sorry Steelers’ fans) that win the North?

AFC North has the defending conference champions, but will the Bengals win the division?

I think you have to look at Cincinnati first, because they went to the Super Bowl. They have Joe Burrow, who took them to the Super Bowl in his second year. They should be a team that is tough. But I expect Baltimore to rebound. They are just too good of a football team to just fall all the way apart. Even though Lamar Jackson is going through this thing with his contract, to rebound. I think that defense they have is going to show up.

But it is going to be interesting. I have not seen a team fall apart like that before with all of those injuries. We will see what happens. He has not signed his contract, and I don’t know how he feels about that. Sometimes, that can poison a team. I thought Baltimore did a poor job with that. If you are not taking care of the head guy, your best player, your key player, and you are still trying to work out a deal all the way to the wire rather than get a deal done even if you play him a little more than you wanted to, you want to have him happy. The leader of the team, you want him happy, because he is going to keep everybody else happy. I am going to see if that plays into this year with Baltimore. But they have a good defense, they have a good running game, they have Lamar Jackson, so I expect them to be back in the hunt.

The Steelers, they are not ready; I think they are going to be out of the mix for a little bit.

The Browns, they are a very talented team, but what is going on at the quarterback position? They could be a player. They are a very talented team. Nick Chubb as a running back, they have Amari Cooper, you have some outstanding receivers. Deshaun Watson, maybe he plays some this year. If he plays after 11 games, the guy is a great quarterback, and he is going to take them to another level. If you look at their defense, Myles Garrett, Jadaveon Clowney, if they can get Watson on the field, I think they are a playoff team.

Which could be a team like the Cincinnati Bengals that come out of nowhere to challenge?

Looking through the league, a team that might shock some people might be the Saints. They are a team with an outstanding defense: they had an outstanding defense last year. But the whole thing is going to come down to Jameis Winston. Jameis Winston has shown promise, but he has not lived up to the player that many thought he was going to be coming into the league. But I thought last year, we started to see some things like that of a seasoned veteran. Because he had to sit on the bench for a while, it seems like he is a lot more settled. He knows the offense now. New Orleans is a team I would watch out for, because they have that strong defense, and they were able to grab Chris Olave in the draft, they have Jarvis Landry, and Michael Thomas is coming back.

If Jameis Winston plays well, I think the New Orleans Saints can make some noise. It is hard for me to say this, because I played my whole career in the NFC, but I think the AFC is a much better conference, mainly because of the quarterbacks. But I think the NFC, that is why a team like New Orleans could be some trouble for some teams.

I wouldn’t be surprised if Indianapolis makes some noise, too. Indianapolis has a very good running game, a good defense, and they made the change at the quarterback position to Matt Ryan. You brought him in instead of Carson Wentz. You have Jonathan Taylor, maybe the best running back in the NFL now. And don’t forget, they have a backup quarterback in Nick Foles: who knows, maybe he can pull it off again if Matt Ryan were to get hurt. But the Colts also have an outstanding defense.

Who are the best teams in each conference, and who wins the conference titles?

Don’t miss:  Get the latest updates on football

I am going to say Buffalo in the AFC. Not just because Josh Allen is a special player, or they added so much talent to their roster. Last year, they had a great secondary, but they didn’t have any pass rush. But they went out and got Von Miller: Von Miller can rush the passer. I think he is going to be a shot in the arm. They have added some other guys who are better pass rushers, and I think they are going to be able to get to the quarterback. And with Josh Allen, Stefon Diggs, they are going to score points.

And this might be the biggest thing: I think they are very hungry. They were a team that was in pain when they lost that AFC Divisional Game to Kansas CIty. They are hungry to go to the next level, so I expect Buffalo to be the team from the AFC. It is going to be tough over there, because Kansas CIty is still there, and there are so many other good teams that we have talked about. Cleveland is a good team with Deshaun Watson, Baltimore is a good team, Cincinnati was in the Super Bowl, the Colts we talked about, you have Tennessee who had the best record in the AFC last year, and they are going to be back. You look at the AFC West, all of those teams are going to be in the hunt.